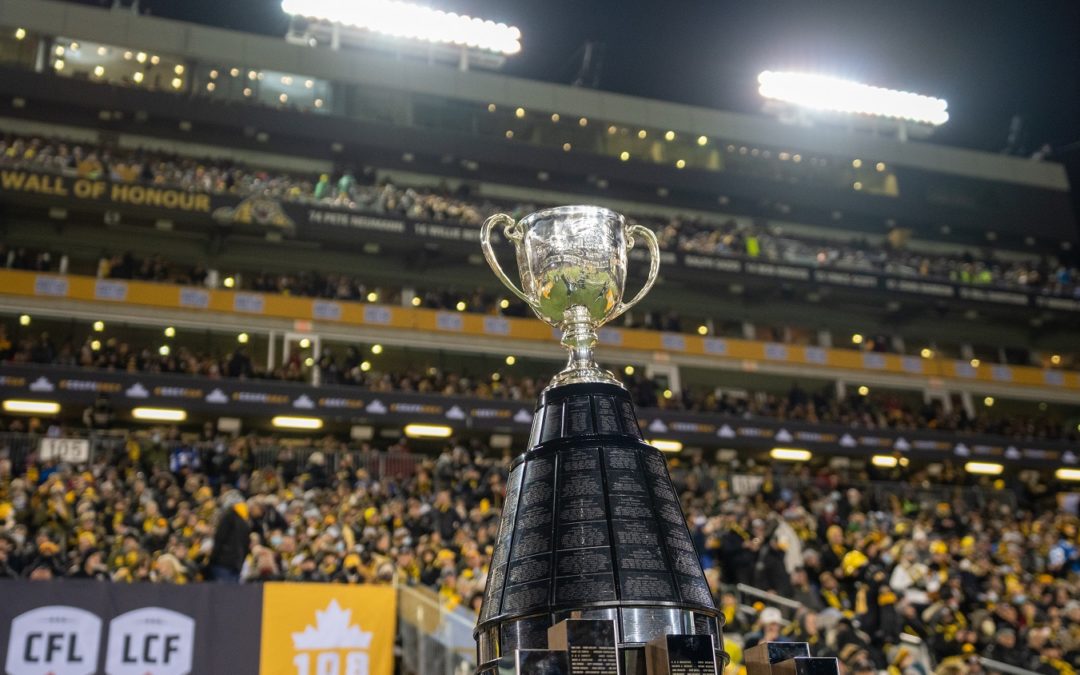 The modified 108th Grey Cup festival and the championship game still delivered a significant economic impact of almost $35 million, according to an independent study conducted by Sport Tourism Canada (STC).

The combined spending of out-of-town participants, staff, spectators, media, VIPs, and other visitors to  Hamilton for the 108th Grey Cup, in combination with expenditures made by event organizers, totalled over $22.4 million, supporting over $34.8 million in overall economic activity in Ontario, including over $29.8 million in the Hamilton area. These expenditures supported 233 jobs and $12.3 million in wages and salaries in the province, of which 206 jobs and $10.3 million were supported locally.

“Once again the economic impact study of the 2021 Grey Cup Festival demonstrated the financial impacts of hosting sport events to the local, provincial and Canadian economy,” said Grant MacDonald, COO, Sport Tourism Canada. “The results that the CFL and the host city of Hamilton were able to deliver, between waves of the pandemic, highlight the safety protocols contributed to customer confidence to attend and the significant financial results of Grey Cup Festival. This is another indication that the sport tourism sector is an integral contributor to the recovery and future growth of the tourism industry and our economy.”

Staged as Canada was still attempting to emerge from the COVID-19 pandemic, the event featured a sold-out championship game outdoors at Tim Hortons Field – a classic in which the Winnipeg Blue Bombers edged out the host city’s Hamilton Tiger-Cats 33-25 in overtime to capture Canadian football’s holy grail, the Grey Cup trophy.

The week featured a modified Grey Cup Festival, as the vast majority of indoor events, including almost all of the parties and concerts that would normally attract huge crowds, were cancelled or adjusted because health and safety concerns had rendered long-term planning almost impossible.

“I prefer to think of it as our Comeback Grey Cup instead of a COVID Grey Cup, but there is no disputing its smaller footprint. That’s what makes these economic impact numbers so remarkable,” said Randy Ambrosie, Commissioner of the CFL.

“They speak to the power of the Grey Cup, even in challenging times. And they bode well for the complete 109th Grey Cup game and festival we have planned for Saskatchewan this November, and our return to Hamilton for the 110th Grey Cup in 2023, when we will deliver the full Grey Cup experience the city deserves.”

“The Hamilton Tiger-Cats organization, in partnership with the Province of Ontario, the City of Hamilton and our corporate partners, would like to applaud fans from across TigerTown and the larger CFL community for joining us in Hamilton and making these incredible economic impacts possible,” said Scott Mitchell, Chief Executive Officer and Managing Partner, Hamilton Tiger-Cats/Hamilton Sports Group.

“We look forward to 2023 when the Grey Cup game and festival return to our great city and province, when we will deliver a full-scale festival of events all week, and an enhanced and expanded Tim Hortons Field on Championship Sunday.”

The study was commissioned by the CFL with STC’s economic impact team managing the survey and data collection process. The team used the STEAMPRO economic impact assessment (EIA) model to produce the detailed report with the EIA in terms of total output, GDP, wages and salaries, employment and taxes.

STC partnered with the Canadian Tourism Research Institute and the Conference Board of Canada to develop its methodology, which is based on the most current input-output tables and multipliers from Statistics Canada.

In this case, the study included a survey of 733 attendees who answered questions about their spending. Given the unique circumstances surrounding the 2021 Grey Cup, they were also asked how safe they felt attending Grey Cup festivities, with 97.5 per cent reporting they felt very safe or somewhat safe.

The 2022 CFL regular season kicks off this week, with the Montreal Alouettes visiting Calgary on Thursday to play the Stampeders, the Ottawa REDBLACKS taking on the Blue Bombers in Winnipeg on Friday, and a doubleheader on Saturday, with the Tiger-Cats in Saskatchewan to play the Roughriders and the Edmonton Elks and BC Lions facing off in Vancouver.

The full report is available on the Sport Tourism Canada website.