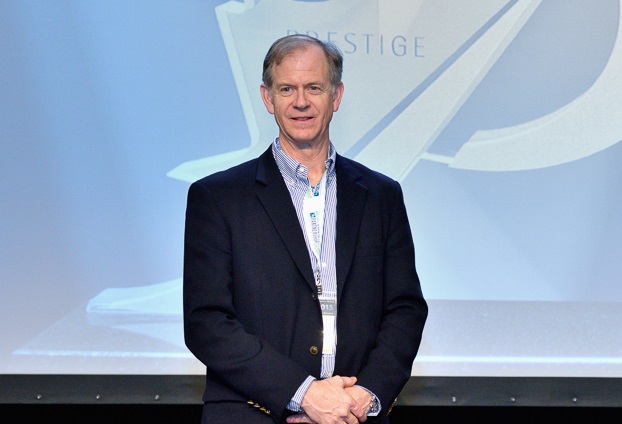 OTTAWA – After 21 years at the helm of Sport Tourism Canada, CEO Rick Traer has announced his retirement from the position, effective July 31, 2021. He has led the organization since its inception in 2000.

Following 14 years as an administrator in the provincial, national and international basketball systems, including eight years as Executive Director of Basketball Canada (1989-97), Traer became the founding CEO of the Canadian Sport Tourism Alliance in 2000. That began his 21-year run as one of the longest serving CEOs within the Canadian sport system and tourism industry.

Reflecting on his time in the role, Traer said. “It’s been an absolute honour and privilege to lead the development of the sport tourism industry in Canada. We are blessed with dedicated, passionate professionals who believe in the power of sport events to contribute to the economic and social vitality of communities across the country.”

Under Traer’s leadership, the organization has experienced exponential growth since its inception. From 18 founding municipal members in 2000, the organization has grown to over 500 members, including 140 municipalities, 300+ national and provincial sport organizations, 20 post-secondary educational institutions and a variety of companies and agencies that provide goods and services to the industry.  Similarly, Sport Events Congress, the organization’s flagship event, has grown from 48 delegates in 2001 to nearly 400 today.

He has led Team Canada delegations to international conferences each year since 2002 to promote Canada as a preferred host for international sport events, leading to over 100 successful bids by Canadian host communities. And Canada has consistently been named one of the top ten international sport hosting nations for many years under his leadership.

Traer oversaw the development of approximately 16 industry tools, including the Sport Tourism Economic Assessment Model (STEAM), the world’s first web-based application specifically designed to predict and measure the economic impact of a sport event on a host community. STEAM has become the standard measurement tool within the industry in Canada. During his tenure, sport tourism has become a $6.8 billion annual contributor to the Canadian economy. He also led the transition to a new brand and name for the organization, as it became Sport Tourism Canada in 2020.

Internationally, he was the first Canadian to be elected President of FIBA Americas based in San Juan, Puerto Rico and served back-to-back terms from 2000-2003 and 2003-2006. He was bestowed the title of Honorary President in 2007. He also served as a member of the Association of Pan American Sport Confederations from 1998-2006 and the Canadian Olympic Committee from 1993-1997. He is a founding member of the International Association of Event Hosts (IAEH) based in London (UK) and currently serves as a member of its Board of Directors. Traer is also active at the community level, serving as Vice President of the Chelsea Foundation in his hometown of Chelsea, Quebec.

Sport Tourism Canada’s Head of Consulting, Grant MacDonald, will assume the role of Chief Operating Officer as part of the succession plan beginning in June.  Traer will remain involved in an advisory capacity over the next several months during the transition period.