EDMONTON – A CITY OF SPORTS 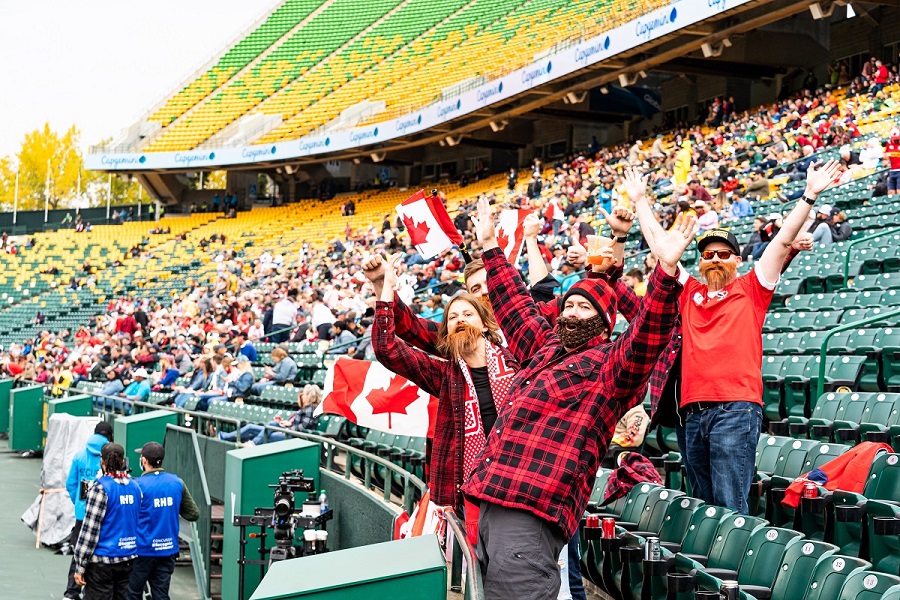 You can’t describe Edmonton without mentioning sport, it’s simply in our DNA. Our history has been defined by sporting legacies, whether it be the success of the historic world champion women’s basketball team, the Edmonton Grads, the Wayne Gretzky-led years of the Edmonton Oilers, who won five Stanley Cups, or the hosting of major championships such at the Commonwealth Games in 1978, World Athletics Championships in 2001, and the FIFA Women’s World Cup™ in 2015, our city has always celebrated sports.

Starting March 11, 2020, the worldwide sporting calendar began to grind to a halt. Edmonton, however, was not prepared to sit back and watch the sporting industry continue to suffer. Instead, we rolled up our sleeves and worked hard to develop unique, innovative, and safe ways to continue to host sporting events in our passionate city. As circumstances around the pandemic continue to change, one thing will always remain the same, prioritizing our community’s health and safety first. We are the only Canadian city with Diamond Destination Global Biorisk Advisory Council (GBAC) Star Accreditation status, meaning our facilities and hotels don’t just look and feel clean, they’re verified clean, making Edmonton one of the safest destinations around. To avoid any false starts or setbacks, we are always alongside our partners to help navigate major event planning in today’ world.

Even more, in the most recent Global Sports Nations Index conducted by Sportcal in 2020, Edmonton ranked third in Canada and 33rd in the world for hosting sporting events. One thing is for sure, hosting a sporting event in Edmonton will always accompany a wide array of passionate sports fans and unique event activations second to none. Below, we highlight just a few of the outstanding sporting events Edmonton hosted over the 2020/2021 calendar year.

In July 2020, Edmonton was chosen as one of two hub cities for the 2020 NHL season, and the destination of the 2020 Stanley Cup Playoffs. For nearly three months, Rogers Place arena, the public plaza and JW Marriott Edmonton Ice District were home to hundreds of NHL players, coaches, and staff. With a priority on health and safety, the NHL season was able to happen successfully and was broadcast to millions of people around the world.

Watch the video below to see how our city came together to safely host the 2020 Playoffs.

Summer 2021 also invited several successful and safe events, including the 2021 Canadian Elite Basketball League (CEBL) Championship Weekend, where the Edmonton Stingers won the second straight CEBL championships in a row, this time, on home court. There was also the 2021 World Triathlon Championship Finals that opened the gates to elite triathletes and enthusiastic fans who cheered athletes on from the grandstands in Hawrelak Park.

Fall and winter 2021 opened the doors for Edmonton to experiment with events they never hosted before including HSBC World Rugby Sevens. For two days, Commonwealth Stadium hosted teams from across the globe in action-packed rugby sevens match ups. The party continued in the stands with incredible costumes and unforgettable memories. 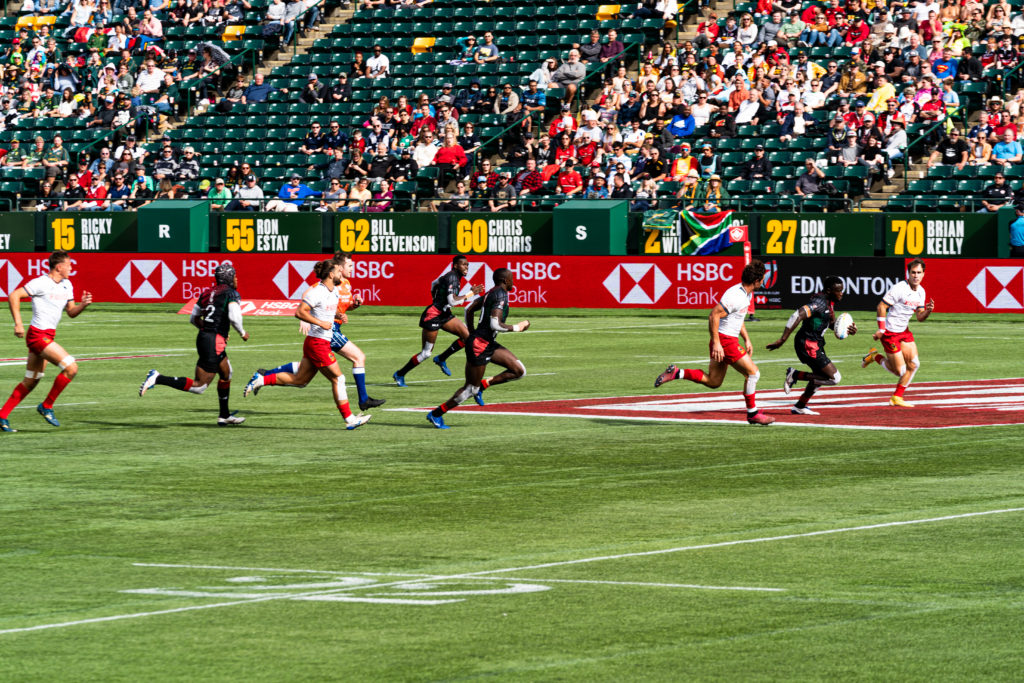 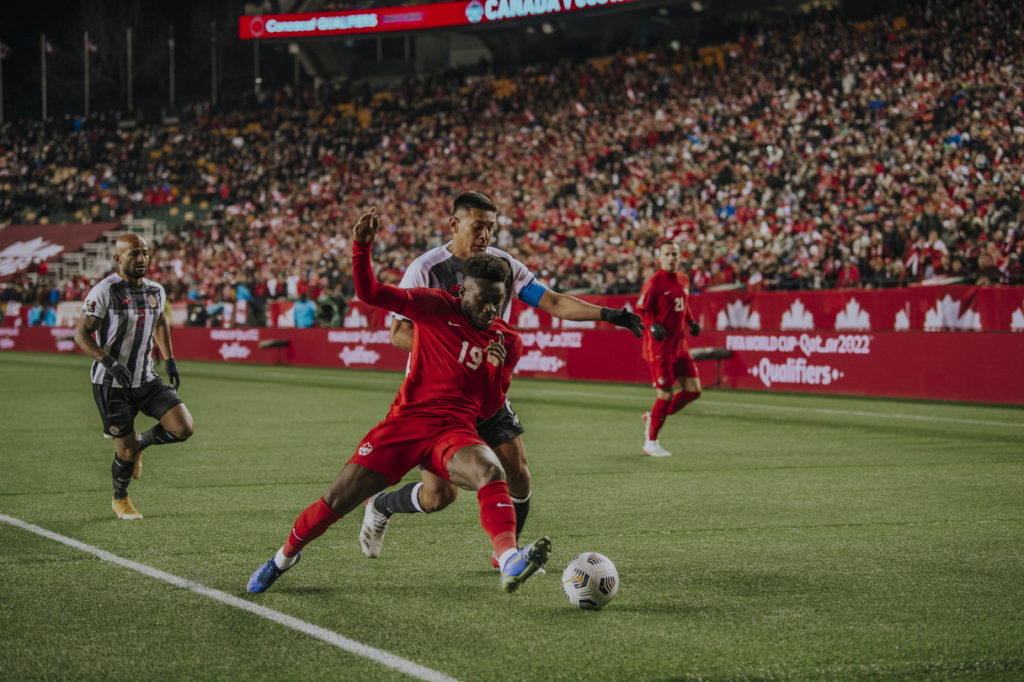 Come November 2021 the Canadian Men’s National Soccer Team made their way to Edmonton to play two crucial 2022 FIFA World Cup™ Qualifying matches. On Friday, Nov. 12, Canada faced Costa Rica in a match that saw no snow and above-seasonal average temperatures of +11 degrees Celsius. The Canadian Men’s team scrapped its way to a 1-0 win over Costa Rica in front of 48,806 supportive fans at Commonwealth Stadium.

On Tuesday, Nov. 16, Edmonton welcomed its first winter snowstorm of the year. With a fresh 20 centimetres of snow, Commonwealth Stadium’s pitch was cleared to make way for the match of a lifetime. At -9 degrees Celsius, 44,212 passionate fans gathered to cheer on their national team and witness a 2-1 victory over Mexico for the first time since 1976!

Both triumphant wins placed Canada’s Men’s National Team at the top of the CONCACAF Qualifying table and proved that through rain, snow, sleet or shine, Edmonton shows up to support their national sports teams. 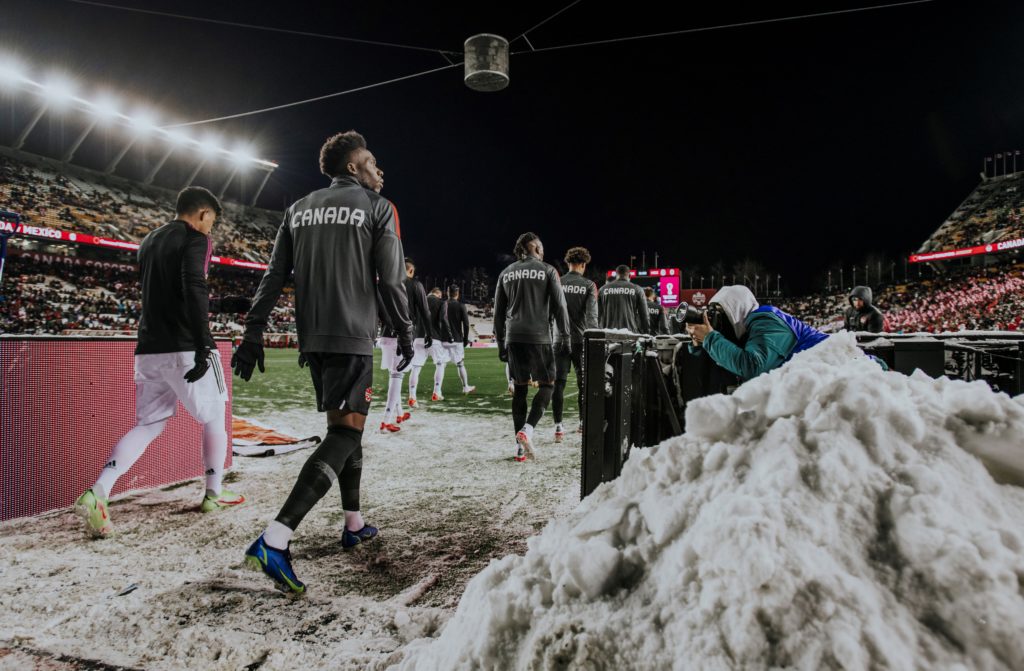 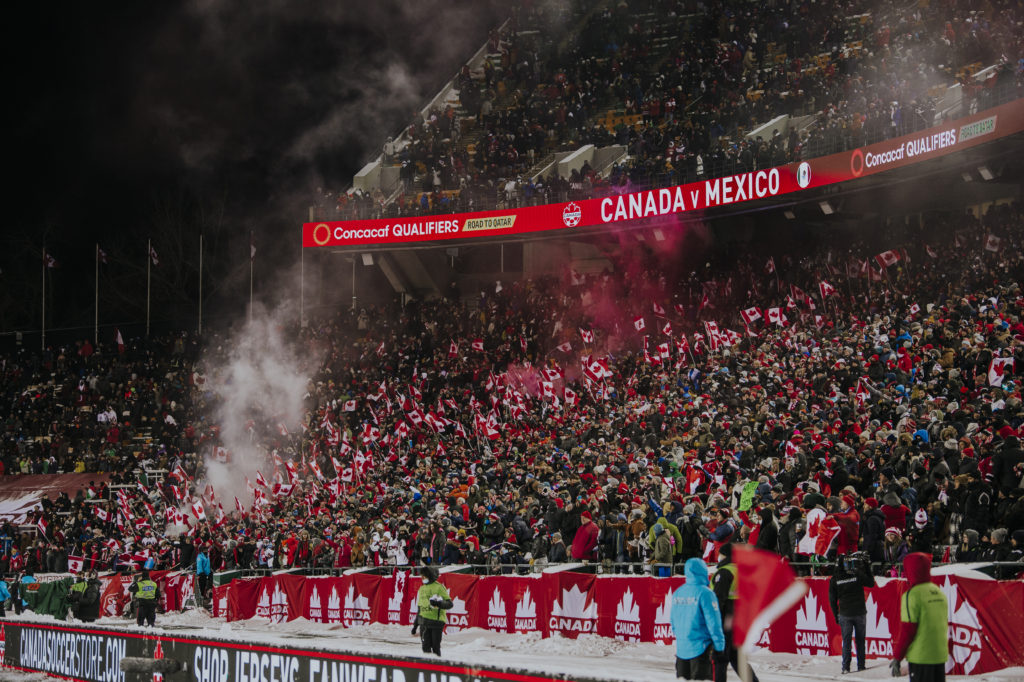 While Edmonton was not selected as an Official Host City for the FIFA World Cup 2026, we are incredibly proud of the Edmonton 2026 bid team and our supporters who did a tremendous job putting our city’s best foot forward in advancing our candidacy. In honour of our efforts on the bid, we welcome you to watch the video we put forth to the FIFA committee that summarizes the zeal and passion for sports our city is known for.

READY TO HOST YOU

Edmonton has a rich history of hosting world-class sporting and entertainment events, and we look forward to carrying on this tradition as we prepare to host other iconic events in the city. This summer, we have a fantastic roster of events scheduled, including the IIHF World Junior Hockey Championship, L’Etape Edmonton cycling race, Professional Triathlon Organization’s (PTO) Canadian Open, and of course, next March, we will welcome the JUNOs back to Edmonton. 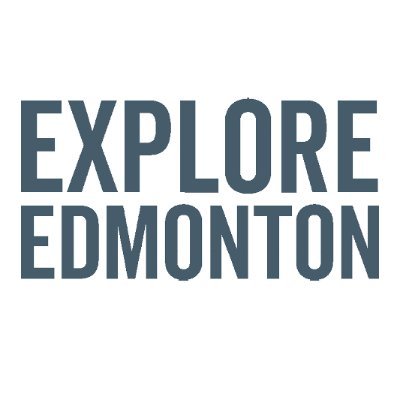 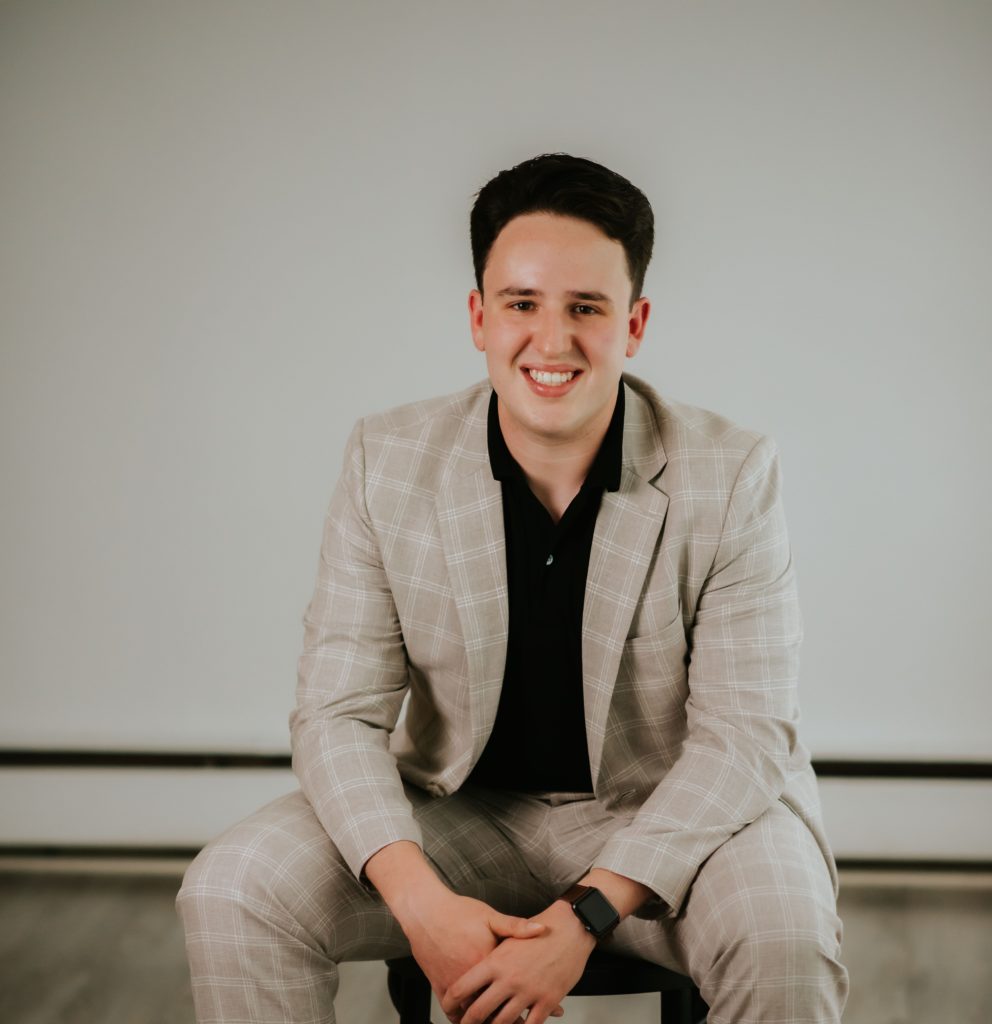