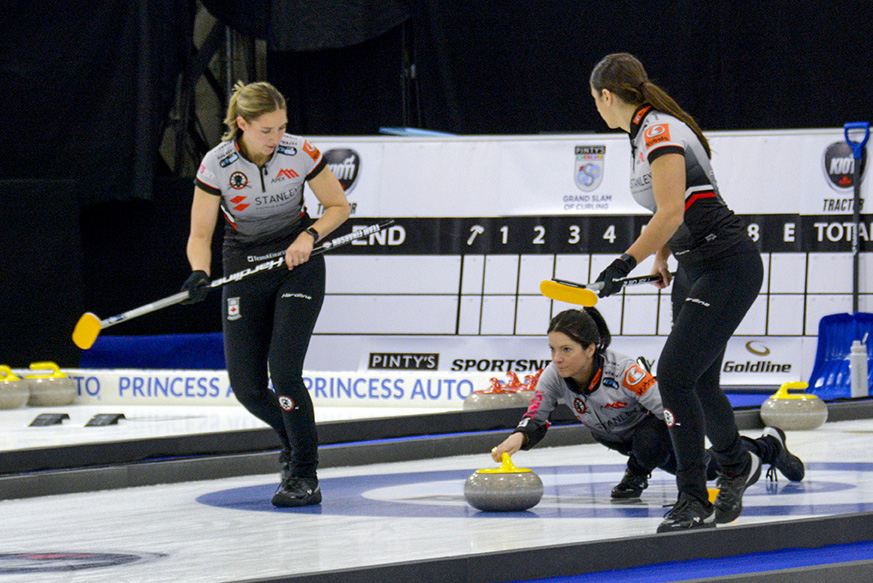 Study by Sport Tourism Canada conducted in May of 2022

Sport Tourism Canada (STC) studied the economic activity generated by the KIOTI Tractor Champions Cup, held in Olds, Alberta from May 3 to 8, 2022. The event, part of the PINTY’S Grand Slam of Curling, took place at the Olds Sportsplex.

The study was commissioned by the Town of Olds. STC’s economic impact team staff developed the survey specifically for this event and trained the surveyors who collected the data onsite during its six days.

The combined spending of out-of-town participants, staff, spectators, media, and other people who visited Olds for the event, in combination with the expenditures made by the event organizers, totalled just over $1.9 million, supporting just over $2.8 million in overall economic activity in Alberta, with almost $2.34 million of economic activity in the Olds area.

Nearly 400 valid survey responses were collected during the event. Data gathered included age, place of residence, and days attended, while out-of-town respondents answered questions about their length of stay, money spent in various categories and the importance of this event in deciding to travel to Olds.

The majority of visitors to the event (over 88%) came from Alberta, with Manitoba, British Columbia and Saskatchewan visitors next on the list. More than 6,500 out-of-town visitors attended, with the average stay being 3.6 nights in Olds during the event. Women made up 66% per cent of the audience, with people over 55 making up the largest age demographic at 59.7%.

Once the data was collected, the STC team analyzed the visitor information gathered by the survey responses. The combined spending from out-of-town visitors, participants, media, and VIPs was then added to the capital and event operational expenditures to produce an overall determination of the expenditures associated with the event. When all of this data and information was combined, STC used the STEAMPRO economic impact assessment model  to produce the detailed report with the economic impact assessment in terms of total output, GDP, wages and salaries, employment and taxes.

“We were happy to work with the Town of Olds in evaluating the economic benefits of hosting this event,” said Grant MacDonald, COO, Sport Tourism Canada. “Gathering this data helps establish the significant contributions that sport tourism, through events such as the KIOTI Tractor Champions Cup, makes to communities of all sizes across Canada, as well as the province and the country. Congratulations to the organizing team from Olds for staging this event so successfully and helping the sport tourism sector return to its vibrant place in the tourism industry.”

“By measuring the economic impact of the KIOTI Tractor Champions Cup in Olds, we validated the fact that sport tourism is an important economic driver for our community and province,” said Town of Olds Mayor, Judy Dahl. “We hosted hundreds of curling fans and made sure their visit was a memorable one.  This event was a much needed boost to our local hotels, restaurants and retailers, injecting $1.65 M into our regional economy. The fact that 93% of out of town guests indicated they would visit Olds again, and 94% said they would recommend Olds to others, shows the importance that sport event hosting has on our community.”

This event was the significant factor in people choosing to visit Olds, rating it a 9.1 out of 10 as a rationale. The top cultural experiences that people participated in were visits to the Uptowne Olds Shopping District, as well as the Rotary Athletic Park, Olds College Botanic Gardens & Wetlands and the Uptowne Olds Murals.

The full report is available here.